All Eyez on Me chronicles the life story of one of the greatest and most influential rap music stars, the late Tupac Shakur.

The film follows Tupac’s (Demetrius Shipp Jr.) life from a young boy all the way through to his untimely death at the tender age of 25. Over that period we are introduced to all the main players that had a big influence on his life, including his mother Afeni (Danai Gurira) and record producer Suge Knight (Dominic L. Santana). We see Tupac’s upbringing amongst the backdrop of tumultuous times in Los Angeles, and how the scene shaped his music and lyrics, as he rose through the music industry to become one of the greatest rappers of all time, permanently leaving his mark on music history.

Tupac’s life story is an interesting, multi-layered one, however the film suffers in its re-telling of it. It’s structural narrative comes across as amateur, as director Benny Boom uses a numerous amount of flashbacks to tell his story, rather than letting it flow organically. This style works for getting the point across, but isn’t as engaging as letting the story run through time in a cleverer fashion, something a more experienced director may have handled better (looking at F. Gary Gray here, with his handling of 2015’s outstanding NWA biopic Straight Outta Compton). With Boom’s style, things happen in the film without much of a buildup, which is a let-down as it’s hard to get deeply involved with what’s happening on the screen. Thankfully the passionate performances by virtually all of the cast are somewhat of a saving grace. Demetrius Shipp Jr. not only looks uncannily similar to Tupac, but his mannerisms and emotions appear to be as close to genuine as possible. The same can be said for Danai Gurira’s performance as his mother Afeni, bringing in a powerhouse performance on her end. The rest of the supporting cast are all commendable and add to the overall realism of the character portrayal’s, however they’re marred with some moments of poor writing, making for some cheesy, cringeworthy dialogue and acting. Luckily it doesn’t happen that often though.

A film about Tupac and his music wouldn’t be anything without highlighting what the artist was most well known for. All Eyez on Me features a varied range of tracks from the rapper’s career, as well as some superbly shot live music sequences. Anyone familiar with Tupac’s music will appreciate every moment of the soundtrack, enough to potentially enable them look past the film’s flaws and just enjoy all of its positives; the music being the greatest one. It could however go either way for audiences new to the rapper’s music, as they will likely be relying on the film’s narrative to draw them in and keep them hooked, which is where the film misses the mark.

RELATED:  Daniel Kaluuya is Intense in 'Judas and the Black Messiah' Trailer

All Eyez on Me is a passable music biopic. It should please fans as a reminiscent piece about one of rap music’s biggest icons, though it may not offer much to impress people new to Tupac and his music. 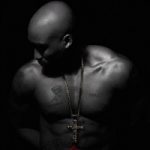