In Alien: Covenant, Ridley Scott expands on the lore set up in his first film Prometheus, with the added benefit of a back-to-basics horror approach.

Prometheus tended to focus more on the science-fiction elements as well as the philosophical questions asked in the film, while Covenant relies heavily on horror elements and building up characters that we’re supposed to care for before predictably getting killed off, while also further exploring similar philosophical themes brought about in Prometheus. It’s a big ask for any filmmaker to bring all those elements together and keep the movie entertaining, and Scott being the veteran that he is – almost gets there.

There may have been just one too many thematic styles in Alien: Covenant for it to work properly. The character development is reasonably solid, but also lacking, as while the characters are likeable and relatable, we don’t get enough of their backstories to truely care about who lives or dies. We’re simply lucky that the actor’s portrayal’s are good enough to give us a small amount of care-factor. The horror aspect is essentially a throwback to the style of 70’s and 80’s horror films, which was great, but not that scary. So with the character development and horror aspects lacking, we’re mostly left with the philosophical angle to go with as the film’s saving grace, and that doesn’t disappoint.

Creationism is a big theme in this film just as it was in Prometheus and there’s some really intelligent stuff there when you look at the theme from a broader perspective, such as the quest for creating the ultimate superior species and the lengths one would go to to get there. We don’t get to this good stuff until we reach the middle act of the film however, with the first act mostly revolving around character development and story exposition that tends to drag on in parts, and the final act resorting to standard action-blockbuster fare. The story itself is fairly simple, and follows the crew of the Covenant space ship as they embark on a journey to colonise a planet years away from Earth. On their way they discover a different planet that may be a better option, and they haphazardly decide to stop there to check it out first, after which all the terror begins. Daniels (Katherine Waterston), the crew’s second-in-command makes an explicitly obvious point about the dangers of attempting to go off-course to research this new undiscovered territory, but in typical horror-film fashion, is ignored by by the crew’s captain, Oram (Billy Crudup). It’s scenes like this one and a few others in the film that really let it down. In a film like this there’s always bound to be some cliché elements, but it still sucks to see.

Alien: Covenant is by no means a bad movie, just one that had more potential. It felt as though Ridley Scott and 20th Century Fox had succumbed to the negative feedback from fans after Prometheus, and aimed to right the wrongs from that film in this one, which was not an ideal move. The balance of horror, thrills, philosophy and science-fiction is almost on-point, but just not quite. Strangely enough though, there’s a good chance you’ll want to see it for a second time, if only to see Michael Fassbender’s show-stealing performance.

First Alien film to be released after the death of H R Giger. Giger inadvertently designed the original Alien looks and environments in his “Necronomicon” book, which led to Ridley Scott hiring him as art director for the film (and series). Giger essentially gave birth to the entire Alien look that we all know now. 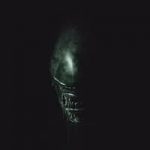