The Blair Witch Projected set the standard for found footage films and with its imminent release, we look at nine noteworthy films of the sub-genre.

This 1998 documentary-style TV movie about an alien invasion showcases the footage of a teenager filming his family’s (the McPherson’s) Thanksgiving dinner, followed by a UFO landing on their property. The McPherson’s are forced to defend themselves from a species far more intelligent and resourceful than them. Like many well cooked found footage flicks, the movie starts off at a casual tempo, with conventional footage of a typical American Thanksgiving before the shit hits the proverbial fan.

At intervals, video and alien experts come on screen to offer their professional advice on whether or not the film is real. It certainly adds an authentic feel and really compliments the movie well. The performances are a tad oversold, but the actors do manage to create a lot of tension and suspense that help the attributes of Alien Abduction well. This Spanish horror film was so well-received upon release that it inspired an American remake the very next year. It tells the story of a news reporter and her cameraman who become trapped in an apartment building with tenants who’ve become infected with a strange disease that turns them hysterical. This powerhouse movie of the found footage sub-genre quickly became the gold standard of foreign horror flicks for its briskly paced, no-holds-barred and simply terrifying narrative that unfolds over 75 minutes.

The film doesn’t take long to leave the tarmac either, wasting no time in subjecting us to its claustrophobic atmosphere. [Rec] also received praise for its wonderful use of night vision, something that makes its climax THAT much scarier.

One of the lesser known movies on this list (along with Alien Abduction), this Canadian low-budget movie about two filmmakers documenting the exploits of a cannibal has only managed to accumulate less than 500 votes on IMDb.

An unflinching, passively gory film that pulls at nerve-strings in ways that independent movies have the freedom to do. It tells the story of two filmmakers who befriend Anthony McAllister, a lonely individual with a taste for human flesh.

The film mainly focuses on and documents Anthony McAllister’s life, along with his bizarre and appalling dietary choice, and how he “hunts for his meat” and prepares it for eating. We also get to see a side of Anthony that kind of makes us sympathise with him (I know it sounds weird, but watch the film and you’ll understand); a life of rejection, loneliness and misfortune that warps and twists the psyche of a man.

Using the same marketing and supernatural themes of The Blair Witch Project, Paranormal Activity was made on a minuscule $15,000. With what little director Oren Peli had to work with, he certainly manages to amplify the chilling and anxious moments through use of dialogue, psychological regression and what goes “bump” in the night.

The film was released at Screamfest in 2007, but wasn’t released worldwide before 2009. Katie and Micah are a young couple who move into a new house in the suburbs of San Diego. Katie, who has been haunted by ghosts and supernatural beings at different stages in her life, is unwilling to investigate the strange occurrences that have plagued her for most of her life. Her boyfriend Micah has other plans, when he decides to use his newly purchased camera to record strange noises being heard at night, in their very house.

Released in 2012 (ironically), The Conspiracy explores the idea of different conspiracy theories over the years that many people claim to be true. Two filmmakers, Aaron and Jim, document a conspiracy theorist living in New York City, offering an alternate take on what happened on 9/11.

After the man mysteriously disappears and his apartment is ransacked, Aaron begins to think his vanishing was met at the hands of foul play. He then delves into the world of conspiracy theories through online communities, eventually discovering an organisation whose secret, shady meetings coincide before major world events take place.

The film itself, feels like one big conspiracy and you’ll find yourself guessing and interpreting the story for yourself. If the film garnered as much popularity as say, Paranormal Activity or The Blair Witch Project, I’m sure there would be treasure troves of online blogs and articles interpreting the film’s ambiguous elements.

It’s hard to cook up a fresh idea when it comes to making a handy-cam found footage flick, so why not incorporate multiple short horror stories by various directors in one frame narrative?

In V/H/S, each film is entirely different than the next and features a diverse range of horror, almost in the sense, paying homage to previous movies of the genre, keeping its audience refreshed without becoming too tedious. V/H/S’ non-linear story may turn off general movie fans, but for those who are patient and riveted by its game-changing style of found footage won’t be disappointed.

The 2013 sequel provides more style and fluidity as the interactive and highly underrated series follows up with a bang in the second outing, showcasing the works of more talented filmmakers. The film builds towards a chilling resolution that the protagonists aren’t ready for. Bigfoot – it’s a creature we all have pondered about in our lifetimes. Does he exist? What does he look like? Fans of a straight-forward narrative will be turned away from the aesthetic this film offers in its ambiguity.

A couple venture out into the heart of the Bigfoot community, shooting a documentary on the existence of the Sasquatch, before journeying out into the backwoods of Willow Creek forest to meet their ultimate match. What starts off as an offbeat comedy (something we’ve come to expect from Bobcat Goldthwait) quickly turns into an edge-of-your-seat thriller of regret and despair. The unique buildup that culminates in a 17 minute climax will make you think twice about going into the woods underprepared and off guard.

A polarising film that embodies the true qualities of a found footage film, with likeable characters who have no problem coming to terms with their sticky and hopeless situation. Another highlight of the new breed of filmmaking inspired by The Blair Witch Project. 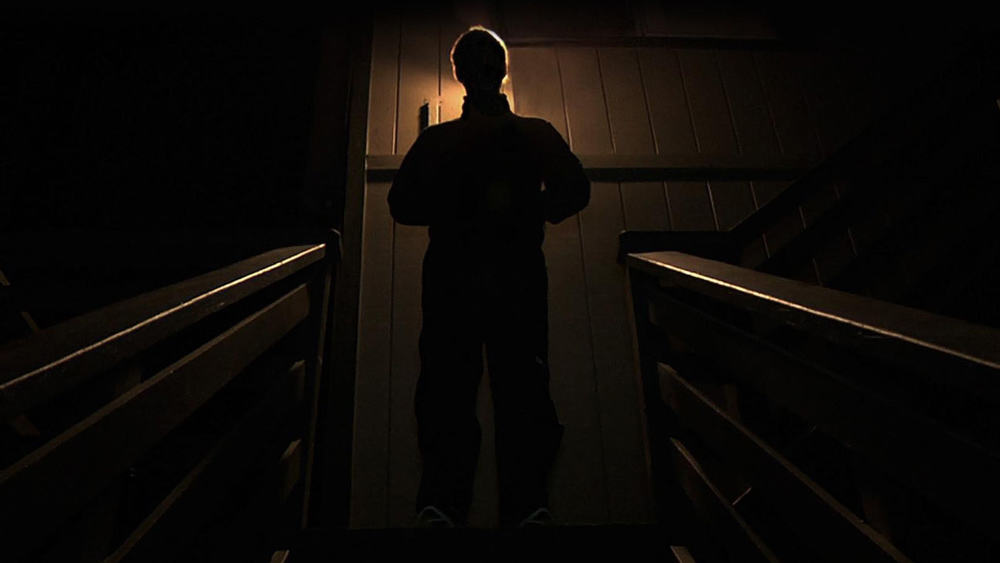 Today, the current influx of found footage films have garnered mixed results: some good, some bad. The conventional movie of the sub-genre normally explores the deepest fears of human discovery, but rarely taps into psychological angst.

Released in 2014 by director Patrick Brice, this independent thriller stars the aforementioned director as a freelance videographer named Aaron, whose desperation for work leads him to a secluded holiday house in the woods, owned by Josef (played by Mark Duplass), an antisocial, affluent man who “doesn’t have long to live”. Aaron is hired to film Josef doing day-to-day activities, to be kept as a digital memento for Josef’s unborn son to cherish forever.

What unravels from day one is a slow burning, chilling revelation that feels as every bit authentic as a home video gone wrong. Distancing itself from the supernatural, this horror works more as a study into the mind of the antisocial, sociopathic awkwardness that pushes its dagger into the hearts of a patient audience.