7 Movies with an Amazing Soundtrack Any backbone for a great film is a great soundtrack. It’s what makes us remember certain scenes, characters and defines the era of the movie itself. Stand by Me’s soundtrack truly serves the story and reminds us of a time we lived in, or at least, wished we did. Because what else could I so easily choose? Often hailed as one of cinema’s greatest soundtracks, the 7th of all time according to Vanity Fair and the 13th in Rolling Stone, there are few who do frenetic quite as well as Danny Boyle. His film earning a high energy cult audience across three generations, all loving that unrelenting 90’s Britpop. Every song, masterfully curated by Boyle himself, an avid music fan, more than just the entertainment of your hit films like Top Gun. No, Boyle doesn’t play that way, gifting his audience with a snapshot of true 90’s Edinburgh worth remembering. From the piss filled toilet grunge of Iggy Pop’s track Nightclubbing to the libido driven hyper reality of Sleeper’s Atomic. Joining image and music in an unforgettable, mind-numbing wheel of nirvana. You know it’s the right one to choose. One of the best crime-capers of all time and a personal favourite, Guy Ritchie’s first film Lock, Stock and Two Smoking Barrels blends an excellent combination of humour and narrative hijinx, with its soundtrack gelling perfectly with what’s taking place on-screen. Seedy, cockney British towns filled with colourful characters would not be complete without a soundtrack that features various musical styles including rock, pop, hip-hop and reggae, with songs like The Boss and The Payback from James Brown, and Pete Wingfield’s 18 With a Bullet standing out. Where the soundtrack shines though is in just how cool it is. Every track oozes coolness, and I’m sure Ritchie took some cues from fellow director Quentin Tarantino when coming up with this soundtrack, after seeing QT’s Pulp Fiction a few years earlier. Either way, Lock, Stock is a must-see, and its soundtrack a must-listen. If there’s a film soundtrack that better captures the frenetic, love (and drug) fuelled, sex-charged rock-and-roll scene of the 1970’s, then I probably haven’t come across it.

Writer/director Cameron Crowe manages to make the soundtrack of Almost Famous a key character in its own right, treating us to hits from Led Zeppelin, Black Sabbath, and a whole lot more. This is fitting, as the film itself is based off Crowe’s experience as a young Rolling Stone journalist touring with many of the aforementioned bands.

Protagonist William (Patrick Fugit) being introduced to Simon and Garfunkel’s America by his runaway sister ignited his love of rock and roll – and mine. Growing up on a diet of Britney Spears and The Spice Girls was all well and good, but there I was, experiencing a genre and subculture I hadn’t ever paid all that much attention to – and loving it.

The group sing-a-long to Elton John’s Tiny Dancer is a particular stand-out scene. The soundtrack to Paul Thomas Anderson’s film There Will Be Blood (2007) by Jonny Greenwood is an all-time favourite of mine.

Perhaps best known for being the lead guitarist and keyboardist of Radiohead, Greenwood has also quickly cemented himself as one of the most interesting film composers of the last fourteen years.

The orchestral technology used may be old, but what is so fascinating about the score is the techniques implemented by Greenwood. It is a suite of music that is as much contemporary as it is classical, breaking the rules of convention in order to create new sounds. Personally my favourite piece would have to be track number two: Future Markets. While it didn’t get much recognition awards-wise, Drive was beloved critically and has become a cult classic among audiences. One of the film’s greatest features is its singular tone and mood. The conflation of neon lights, soft spoken protagonists, and vaguely ethereal pop music, contrasted with the extreme violence, dark subject matter, and of course, iconic car chases, is what makes Drive so memorable. But the thing that really elevates it above the rest, is its soundtrack. The high pitched, otherworldly pop music that runs throughout the film is what truly sets it apart from everything else. Drive’s director, Nicolas Winding Refn, has frequently talked about how it was pop music much like that on the soundtrack that inspired the character of the Driver and the story that would follow. That’s why Drive’s soundtrack is so memorable, because it is not only part of the film’s legacy, but was part of its genesis. The Great Gatsby, directed by Baz Luhrmann, has such a diverse range of music and the soundtrack is my go-to when I’m writing and need some inspiration. The Great Gatsby is one of my favourite novels so when I watched the film I had high expectations, which were definitely met! I feel that the soundtrack helps tell the story by having dark and eerie songs such as Together by the English indie band The xx, and Lana Del Rey’s Young and Beautiful, and then having more upbeat RnB style tunes such as Beyonce ft Andre 3000’s version of Back to Black. The soundtrack truly captures the movie and its ups and downs.

Baz Luhrmann’s Moulin Rouge! (2001 – pictured top of page) – A great example of a musical film that perfectly blends narrative with a cool mix of cover songs from a multitude of popular artists. 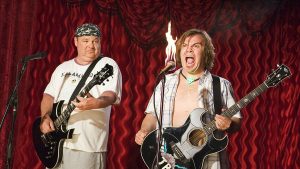 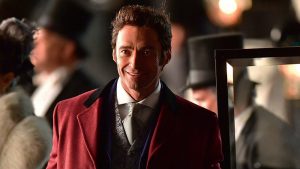 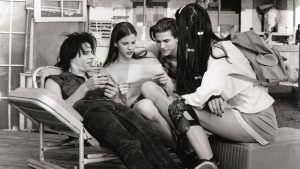 A Superior Soundtrack that Settled for a Satisfactory Movie