In 2010’s Beginners, writer-director Mike Mills explored his father coming out as gay five years before his death. 20th Century Women is a love letter to his late mother, and it successfully captures the complexities surrounding both her and the film’s other titular characters.

Set in the late 70’s, 20th Century Women follows 15-year-old Jamie (Lucas Jade Zumann), who is loosely based on Mills. Jamie is raised by his single mother Dorothea (Annette Bening), and after a show of dangerously stupid teenage curiosity, Dorothea realises she’s in over her head. She doesn’t think she can raise Jamie alone, so she enlists the help of her 20-something tenant, Abbie (Greta Gerwig), a photographer recovering from cervical cancer, and Jamie’s best friend Julie (Elle Fanning), a somewhat rebellious 17-year-old who sneaks into Jamie’s room at night and sleeps with him – literally, not figuratively, because she thinks having sex would ruin their close friendship. Abbie introduces Jamie to feminist literature, and we are treated to a realistic depiction of a boy who is discovering himself and his manhood.

20th Century Women isn’t about the plot. It’s a character-driven piece, and the events within the film flit around the characters in a way that both complements them, and provides deep insights into their cores. Jamie and the women are presented to audiences in a semi-formal autobiographical manner, which further serves to explore what has made them who they are. We’re a little like bystanders, walking through the lives of these people and in turn wanting to find out more. While on the surface 20th Century Women seems feminist, for the most part, we still see the women through the eyes of Mills and Jamie. I’m fairly sure the film doesn’t pass the Bechdel Test – although a hilarious dinner table scene in which the word ‘menstruation’ is uttered over 10 times comes close to pushing the film over the edge. To a certain extent, the ending is a disappointing non-feministic moment that partly undoes the hard work that Mills does in painting his women as living, breathing humans, rather than pretty set-pieces. But despite its shortcomings, 20th Century Women paints its characters in a gorgeously real light. These characters seem like people we could know, and this is what ensures that the film is a joy to watch.

Annette Bening is fantastic, and it was fabulous to see her sink her teeth into a meaty role that is all too rare for older women in Hollywood. Zumann, Gerwig and Fanning also sink into their roles with ease, and Billy Crudup’s turn as Dorothea’s other quirky tenant William adds a great deal of humour to the film. The cinematography was beautiful and helped colour scenes with the perfect amount of uniqueness to set it apart from other coming-of-age pictures.

RELATED:  'From the Vine' Review - Like a Fine Wine this is Not

Overall, 20th Century Women was a step in the right direction – it’s refreshing to watch a largely women-focused film that manages to be deep, comedic, and visually appealing all at once. Covering issues ranging from motherhood to infertility, sex to punk music, it’s packed to the brim with watchability.

During rehearsals, the cast was encouraged to bring in music they believed their characters listened to. Then, to encourage familiarity among the cast, there would be a dance party where the only rule was that everyone had to dance and it didn’t matter what the song was. 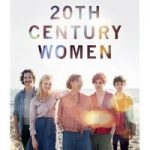