12 Years a Slave is a black slavery-era film based upon the harrowing true story of Soloman Northup, a distinguished musician and free man who is conned, kidnapped and subsequently sold into slavery. Northup’s identity is lost as he is forced to struggle for survival for the next twelve years as he faces the obscenities of slave traders and plantation owners.

Chiwetel Ejiofor turns in a star performance as Northup in his vehement portrayal of a man trying to keep his sense of dignity in an extremely oppressive time, under the heavy and often violent hand of slave owners. The worst of which is Edwin Epps, portrayed by Michael Fassbender. Fassbender has been director Steve McQueen’s first choice for leading roles in his other two films (Hunger and Shame) and is once again called upon in a supporting role, in a film with an already all-star cast. Fassbender manages to steal the show in what could be his finest performance to date, as the multi-layered, ruthless plantation owner Epps. Newcomer Lupita Nyong’o must also be praised in her performance as Patsey, a fellow slave who holds her own against established stars in the film such as Benedict Cumberbatch, Paul Dano, Paul Giamatti, Sarah Paulson and Brad Pitt (who are all excellent).

The film’s visual style is stunning. Steve McQueen’s regular cinematographer Sean Bobbitt returns to provide a beautiful and haunting look at the film’s setting whilst capturing the visceral range of each of the characters. Couple that with an outstanding score by Hans Zimmer and the film’s audio and visuals component is as emotionally engaging as the screenplay and performances that it complements.

12 Years a Slave is Steve McQueen’s breakout film into the Hollywood circuit. Whilst it’s the most mainstream film his done yet, his raw and indelible style is prevalent throughout the film. With only three films to date, McQueen appears to have mastered the craft already with his latest outstanding piece of filmmaking, one that resembles the work of a seasoned, veteran director.

12 Years a Slave is an emotive masterpiece of cinema vérité. McQueen’s expert direction, an extremely talented cast, harmonious audio and visuals and a heart-wrenching screenplay all combine faultlessly to provide a viewing experience of the highest level.

In order to better portray an alcoholic, Michael Fassbender had his makeup artist paint his mustache with alcohol so that the other actors would react naturally to the smell, as they would to a man who had been drinking heavily. 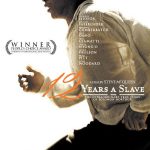