Agent 007 aka James Bond is back for the 25th instalment of the long-running franchise with No Time to Die, and it features all you’ve come to expect from these films.

James Bond (Daniel Craig) has retired from active service and is enjoying a peaceful life in Jamaica.

He’s drawn back into the secret-agent world when old friend Felix Leiter (Jeffrey Wright) asks him for help.

The request sends 007 on a rescue mission to save a kidnapped scientist, which then leads him on the trail of a mysterious new villain that’s come across some dangerous technology.

The storyline for No Time to Die feels like fairly standard spy-movie stuff which can get tiresome after a while, but this is a James Bond film, and we love these movies for more reasons than just their stories.

We love them because of their intriguing characters, hi-tech slick gadgets, flashy clothes and cars and most importantly, the awesome action set pieces, of which this film has lots of.

No Time to Die is directed Cary Joji Fukunaga and looks like everything you’d expect from a Bond film, which should no doubt please fans.

You can also check out a cool behind-the-scenes video from the film here. 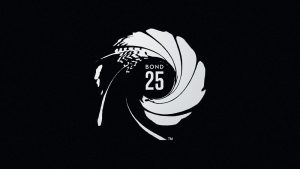